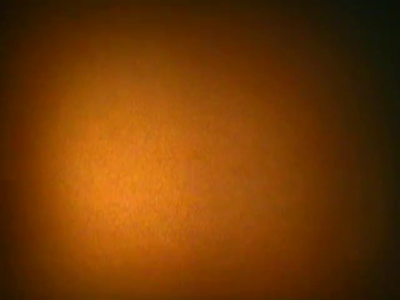 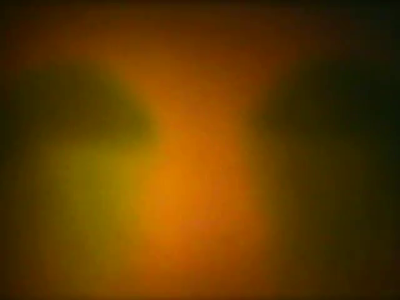 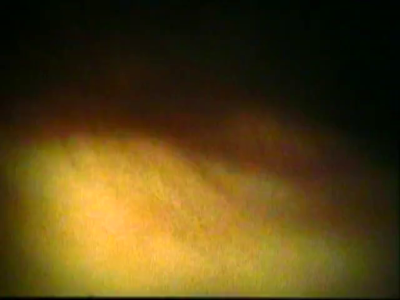 This is the first feature from Fotopoulos I've seen that truly cements what his other films have really only hinted at: Fotopoulos, at least in some instances, privileges the experience of watching the film over a direct presentation of narrative or allowing only an empathetic response via characters etc. This is something I write about with regularity, and there are very few examples of filmmakers who work this this idea in feature length or with any semblance of narrative, which is something that I'm particularly interested in as it's sort of a route that I try to head towards in nearly all of my creative work (that is to say: narrative work that is an experience all on its own rather than being a representation of an experience).

There's little enough critical writing on experimental film in general (especially outside of academic writing), and it seems even more rare to find writing on work that truly crosses between genres—most of the findable writing on Fotopoulos's work seems to locate the work specifically within the framework of the "cult" film, an ambiguous signifier of genre that tends to refer to something that, twenty plus years ago, would have popped up in Psychotronic Video encyclopedia, something where any extraneous details or element of confusion get written off merely as "weirdness" or "enjoyable incompetence" or (my least favorite term) "surreal." Due perhaps exclusively to Migrating Forms, comparisons between Fotopoulos and David Lynch are abundant. Maybe throw in another completely unfounded comparison or description to something more palatable and "psychedelic," emphasize how ""weird"" the films are, mention that they are put forward as deathly serious but can still inspire laughter, et voila, you have any given review of a Fotopoulos film from the past decade. This isn't entirely surprising, as anyone deeply into experimental film is rarely interested in genre film (and, perhaps even more so, the opposite). The common expectations, of each genre, are different. But what about those few singular filmmakers whose work does manage to cross these boundaries, equally treading both sides without kowtowing to posturing efforts towards either? There's a rich history of these ulterior and often-maligned genres ending up lumped together due to bootleg tape trading culture and the fact that both "cult"/genre films and experimental/avant-garde work exist "outside" the dominant hegemony of film-making (a surface level reason for this is that horror films, pornography, and experimental film all tend to privilege the spectactor's response over any sort of inherent narrative or psychology in the film itself: these films actively want to affect the outside rather than staying self-contained). But, despite these comparisons, different modes of filmmaking require different modes of viewing. You can choose to view everything you watch in the same mode, sure, but you're most likely not going to end up appreciating anything other than what already fits specifically into the mode you've decided to take (this is true across everything: if your filmic expectations derive exclusively from watching commercial cinema, anything that falls outside of these parameters is ultimately not going to meet the expectations you have; if your filmic expectations derive exclusively from the pleasure one can derive from incompetent genre films, a film that competently explores ideas that are also found in said films is going to be met with the same sort of disdainful giddiness and not be taken seriously). Etc, etc etc. 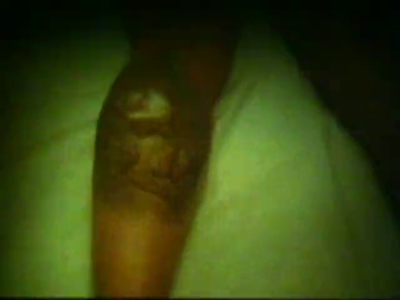 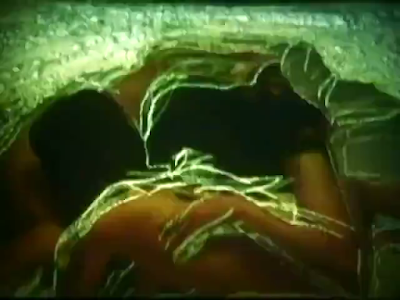 There's two sides to this, and honestly I'm equally open to both: the first side posits that you need to take each film on its own parameters without imposing a pre-existing framework upon it. Conceptually I think this is the best way to approach things, but nothing in the world, yet alone cinema, exists in a vacuum, so it's impossible to ignore systemic notions that creep into a work whether the artist intended such notions or not (for instance, just because a director isn't intentionally making a racist statement, it doesn't mean his film doesn't fall prey to perpetuating racist ideology, etc). This is inescapable. Similarly, because what is accepted as the "standard" mode of viewership is the mode that has been presented and dominated by commercial outlets (which, more recently, means the serialized "central conflict narrative" of this quote GOLDEN AGE OF TELEVISION end quote) it's literally not surprising that most people cannot escape their preconceptions and view a film outside of said parameters. Just because this isn't surprising doesn't mean that we should accept it, as it closes off many wonderful experiences to most audiences.

And with all this said, I feel it necessary to point out that Esophagus is a singular work. Just as likely to alienate as it is to fascinate (possibly the same viewer in different head-space), the 2004 feature uses a variety of forms and mediums to create a unique space of despair. What it manages to do is literally carry a viewer through a hell-scape of extreme and dejected emotions. There's  nothing to grasp onto, and even while you're grasping at air it sits as a film so incredibly powerful that I can't help but praise it.

Fotopoulos is regularly able to wrangle true gravitas out of scenes/acting/prosthetic or optical effects that lesser filmmakers would only be able to use in ways that result in failure: where Fotopoulos can produce something extraordinary, the same element in another film would either end up totally flat, ironically hilarious, or called out as a low-budget shortcoming. Fotopoulos warps these 'base' effects into an almost uncanny sense of abjection: prosthetic wounds that at first,—distanced in medium to long shots,—appear plastic and wholly artificial, close-up are revealed as grotesquely organic; bizarre appendages and body-horror pieces that wouldn't be out of place in cult-comedy take on an edge of pure terror; hyperbolically dramatic, emotional dialog is moved to pure depressive flatness by way of text-to-speech automation, somehow managing to elevate the bizarre dialog to an even higher level of intensity. 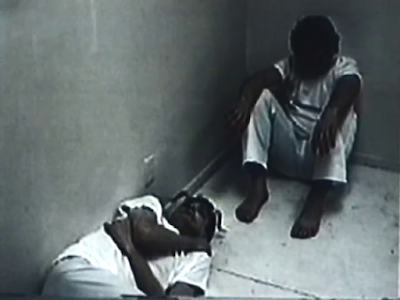 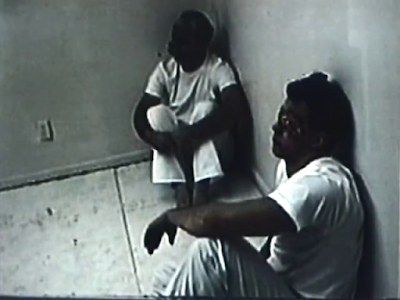 One of the specific technical elements that Fotopoulos excels at is knowing how to make the most of the tools he is using, and using the right tools for the work. Shooting exclusively on film for the first decade and a half of his career, his transition to video in the 2000s strikes one as less a matter of convenience and more of a realization that video (especially primitive analog video) has untapped potential in the creation of zones of affect. While it's the combination of film and video here that add up to the space of experience Fotopoulos's film offers, it's arguably the video-photography that ends up feeling even more 'atmospheric' than the film (literally not an easy task by ANY means, especially to me personally as someone who is inherently predisposed to preferring the look of low-gauge film over video).

The film is split into three major fragments, bookended by abstract photography, flickering screens of colors, indiscernible figures, the sound of the sea and a low hum. The footage used both at the beginning and the end of the film appears to be the same, but the experience of the footage is entirely separated by the "body" of the film in between. The footage, interstitial, sits as a boundary between the space of the film and the space of the world around you, and it's both a mechanism of transition—allowing your entrance into and exit from the film—and also a buffer space that literally allows the film to sit apart from the world at large. The film itself is impossible.

A simple rundown without much commentary: 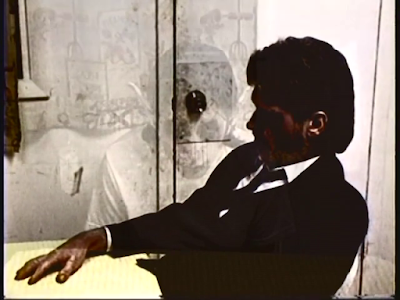 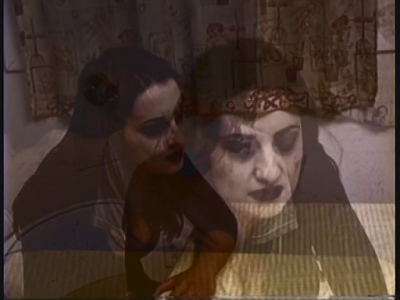 If there's any point of reference for this film, at least in tone, I can think of nothing other than Jason Hrivnak's writing; both his published novel The Plight House and his unpublished manuscript Mutilation Song. I'm not one to insist on referentiality in terms of recommending something, but since Hrivnak's writing itself is somewhat obscure, the linkages here could speak volumes. This is not an easy film, rather it's an impossible masterpiece.