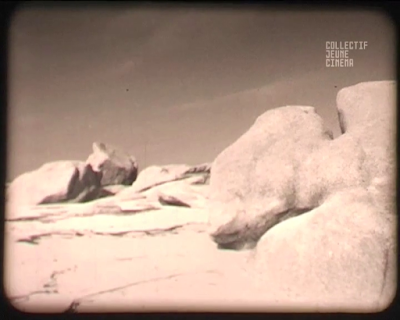 Opening with the landscape of the sea, the rolling of waves, a near sepia-toned monochrome, the camera exploring space as something new and alien, the relentless crash of the waves, occasionally, briefly, glimpses of a woman's face, her visage and hair blending, mixing with the waves courtesy of the camera's depth of focus.

Chant II, a woman stays in a room waiting to die, perhaps... haunting herself, moving about isolated, alone, the outside an autumnal world filled with nothing but flora. The music, combined with the woman's gestural actions, inspires anxiety in the viewer, but the anxiety seems inconsequential to the despair that haunts the woman's eyes. She leaves herself in an early scene, her body raising above her supine position courtesy of double exposure, but even when she leaves herself she can't manage to escape the room (tentatively huddled near the top of the stairs, incapable of descent...)

In Chant III, an opening fragment finds the woman outside of the room, perhaps--her gaze has stayed the same, but now she lies face-down on the same alien landscape we saw before. She has finally descended the stairs and the music cues us into the near cataclysmic event that such transition has inspired.

But perhaps this was only a dark night of the soul, a passage that has been crossed, as back inside sunlight fills the room and shadows find new gestures. The outside is no longer as oppressive and impossible as it was before. The supine position the woman takes on the bed is less indicative of death, the camera floats around the room with movement more indicative of oneiricism than anxiety: temporarily, at least, death has been staved off.

But this sense of calm is ephemeral. The woman sits as a table in the light of the setting sun, everyday objects positioned as if they were tools of divination. A hand flat on the table. Light upon the hand. Everything is still impossible despite the synth-laden soundtrack providing what sounds like the drop of water in the background. In consistent stasis the future cannot be told because the future cannot exist. Without movement one cannot move forward. When there is only an interior there can never be an outside.

Despite this, there must be an outside: the day bed now before a tree, the woman supine again. It would be easy to describe it all as simply a dream but there's something uncanny that insists there's much more to it. That there's something else coming. Stasis has to be refused because there is always an outside. There's always something else, even when there is no one else. Silence lets us watch the woman notice the world around her, finally recognize that there is something outside.

Once the woman recognizes the outside exists (40 minutes into the film's run time), the film introduces the body of an other. A man. Binary positioning insists that a man is a woman's ultimate other. The body is only hinted at at first, the male figure whispered by film stock next to a hint of flame.

The flowers of the outside become the flowers depicted in fabric on a curtain. The anxious music comes back. Inside it is dark, outside there is sun. The woman looks upon her reflection set deep into a mirror. There's a reminder of the outside but once again it is no longer accessible. Supine on the bed, as if there could be no world beyond this bed, the body again looks more dead than asleep, the outside can only exist as a dream. 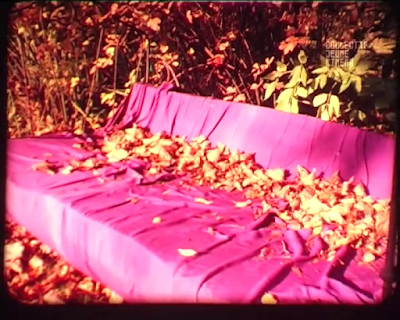 Chant IV: the windows have opened. The day bed against the trees no longer sits apart from the space of the room, inside, for it is now visible through the window. An establishment of continuity. The man as well is no longer merely a fleeting glimpse -- he, too, is now inside. But has he replaced the woman? Supplanted her? Can the two not exist in the same space at once? What happened to the flames we were given only a hint of? The man repeats many of the actions performed by the woman. Is this incorporation of the other, is this a displaced continuity? The movement of the camera disorients the space of the interior, moving in ways it didn't when there was only the woman, only an inside. Something has shifted. The camera, the gaze, floats down the set of stairs away from the interior space. But it stops, sits, staring back up, unable to truly move beyond.

The man, however, eyes shut, is outside again. Dizzying veriticality contra horizontality, no willingness to settle into an image, an insistence only upon movement and presence. Hands and leaves, light overexposed, the body against the ground, the earth, not the bed. A horizon. A new sense of the outside. The blank slate of infinity. Disorientation contra reorientation. The sun in the sky upon the horizon. Hard lines. Lens flare. The impossible expanse of the outside.

If the woman truly was only waiting for death, death is merely this beyond that the film seems incapable of transgressing. But is the landsape at the sea that opens the film this beyond? Have we already visited and left, returning to the safe known quantity of our interior spaces? The woman is gone and now there is only a man in the room. The sun is a golden melt visible through leaves. Continuity.

One of the final images in the film is a set of French doors opening. We've seen this image several times repeated throughout, but this is the first time the act has been shown to us at this specific angle. The angle reveals a literal line between the inside and the outside. A boundary. After the boundary is emphasized we see the man take the role of the woman in Chant II. Disoriented, more dead than alive, absently gazing to a beyond that is now inaccessible. 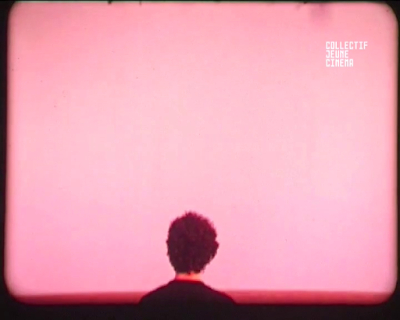