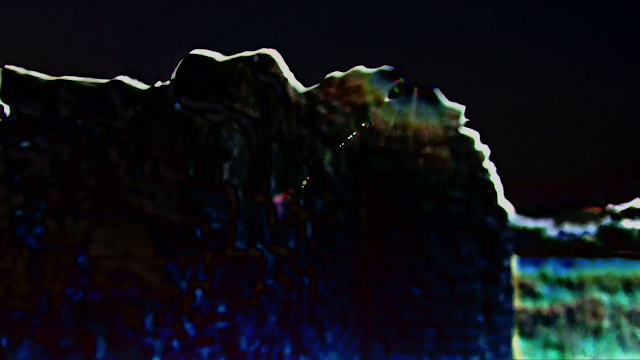 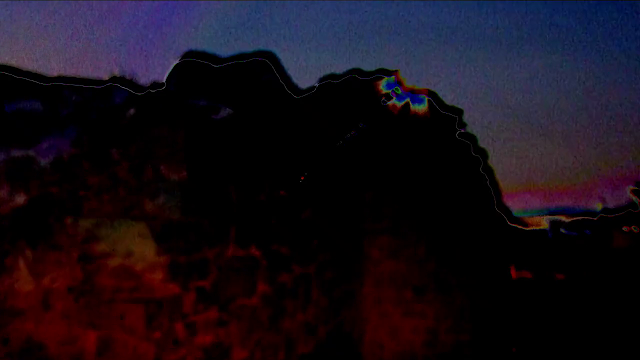 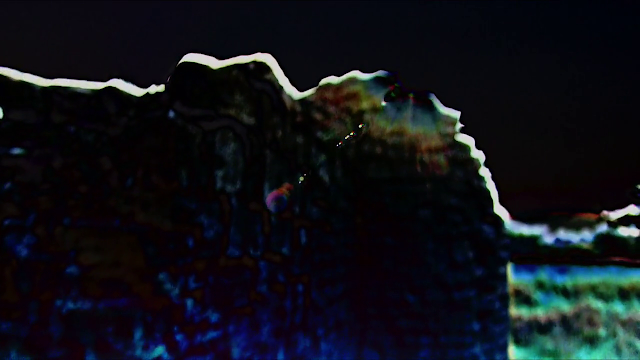 I feel like of everything I've seen that approaches it, this film demonstrates, above all else, how you make a digital flicker film well in to the second decade of the 21st century.

Those will light sensitivity or photo-epilepsy should, as is the case with most flicker films, stay far, far away from this, as the only violence that occurs on screen is a physical violence against the eye: a complete penetration of that elevated organ of sight, the flicker varying in intensity approaching an ebb and flow of violation: at every moment you allow yourself to sink into the contemplative quiver of dimmed beauty a new blinding white takes over the frame, pushing you back into yourself, reminding you not to lose track of what it is you are doing, which is sitting in the dark watching a film.

And indeed the film requires the darkness. When I received the film from Vaillancourt he included a note: It is highly recommended to view in good AV conditions, pitch black environment and high-powered sound system. I always understand the frustration of being told how to watch a movie, but for a film like this the darkness, the capacity to be enveloped in the sound, is really necessary as it aids in creating an environment that permits a total subsumption into experience itself.

While some would argue that 45 minutes is too long for a film predicated upon little more than a simultaneous interrogation of both landscape and ocularity, I'd argue the opposite, insisting that duration is necessary to allow the viewer to become fully encompassed by the work. The aggressive nature of the technique, once you find yourself "inside" of it, becomes more meditative and reflective, and the nature of the film becomes more about the experience of looking in a new way than any sort of mere penetrative ocular violence. There are times when you feel like you're moving without actually moving, and, while trying to pay attention, the eyes play tricks on the mind. Without any sense of awareness, you find yourself further along the landscape than expected.

The catch herein, of course, is that this is indeed a landscape film at its most base level; the landscape is one of the ancient ruins of Montenegro. The images always refuse a pastoral approach; the history of ruin is a history of violence and erosion, ultimately the earth wearing down all that has been built by man, and the image here reflects that: there is no perfect visual acuity, you are not truly permitted to just look at these ruins, rather, as the title implies, one can only (literally) ride them. This posits the landscape as "landscape as limit experience"; a cinematic ride through the calm nightmare of entropy.

It is pertinent to speak to the success of Marc Hurtado's soundtrack; a month or so ago I had watched Vaillancourt's much shorter film, Hypnagogia, which uses the same "technique" found herein. That film seems far less successful to me, both for the fact that it's duration prevents one from totally becoming absorbed into the experience and because the music–interesting on its own–dominates the image and makes the film seem like more of a music video than an experience, whereas the stylings of Hurtado's sound-work is much more suited to the experience of the film: low buzzes, the sounds of a body, mechanistic thumps–complementing instead of dominating.

While it's certainly not for every one (in many ways it's a film that asks a lot of its viewers), it's a perfect example of exactly what I want cinema to do, and so for me it's an immensely rewarding and worthwhile film.